Various ideas, designs, and patents from numerous people contributed to the creation of the various types of coffee makers that we see and use today.

Coffee was first discovered by the ancient Arabs in Ethiopia. It is believed that they were the ones who discovered and recognized the stimulating effects of the coffee bean plant. 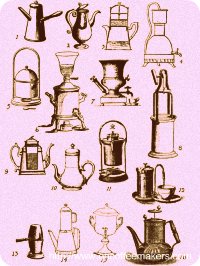 Even before moving on to who invented the first coffee maker, some insights into how coffee came about.

It was said that a goat herder noticed that his goats acted strangely after eating the berries and leaves of a certain plant. Taking the berries to a sheikh, they examined and tried eating them.

They found that the berries were too bitter, and not worth consuming. They threw the berries into the fire, and a pleasant aroma emanated from the berries as they were cooked by the flames.

To see if cooking the beans had an effect on the flavor of the beans, they placed it in water and boiled it over a fire. The sheikh and goat herder was then able to brew the first cup of coffee.

Whether the story is true or not, credible historical accounts support that coffee was first roasted and brewed in Arabia. Since its discovery, coffee became a staple in ancient Arab culture.

The earliest known type of coffee maker, the cezve or ibrik, which is still being used today, can be traced back to the ancient Arabs.

Apart from inventing one of the first types of coffee makers, the ancient Arabs also invented one of the earliest forms of coffee, which known today as Turkish coffee.

Ancient Arab traders introduced and traded coffee with traders from other civilizations, and it spread to countries in Asia, Europe, and eventually found its way into the New World (Americas).

In theory, they can be said to be the first in the "who invented first coffee maker".

On December 26, 1865, the first coffee percolator was invented by James Mason.

It was also in the 19th century when the vacuum coffee maker was being developed, although its invention cannot be credited to one person since numerous developments by different people over the course of the 19th century contributed greatly to its creation.

The 20th century marked the most significant innovations, which gave way to the creation of the vacuum coffee maker, the modern espresso machine, and the modern drip coffee maker.

In 1914, the first patent record of the first vacuum coffee maker was filed by Albert Cohn of London. It didn’t take long before a long series of similar design patents were being filed in the following years.

For machines to brew coffee, these folks can occupy the space in "who invented the first coffee maker".

Coffee Feature of the Month

Find: Where to buy Coffee Beans in Singapore (or any where in the world) 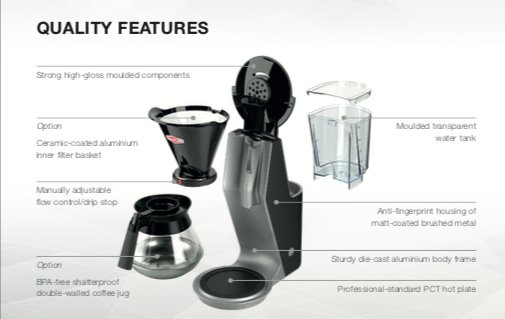 Some say this is the best drip coffee maker 2018.

Percolator and vacuum coffee maker are the "how" in the who invented the first coffee maker because it is these that form the basis of most coffee brewers today.

Melitta Bentz, a housewife from Dresden, Germany, invented the first coffee filter. She received a patent for her coffee filter and filter paper designs in June 20th 1908, and started the Melitta Coffee Company with her husband, Hugo, later that year.

Melitta Bentz is critical although in theory, she is definitely not the "who invented first coffee maker" person, without her invention, the other inventions would not work.

In 1972, Mr Coffee introduced the automatic drip coffee maker to the public through a very aggressive marketing campaign by soliciting the help of well-known celebrities, such as baseball legend Joe DiMaggio.

This innovative coffee maker made use of the basic principles of brewing coffee, but it also incorporated technology, which allowed it to be used with relative ease and convenience, compared to percolators and vacuum coffee makers.

The modern drip coffee maker started to gain popularity, which also marked the beginning of the end of the Golden Age of vacuum coffee makers and coffee percolators.

So, Mr coffee can be said to be the one who invented the first coffee maker, at least for the automatic version.

Nowadays, coffee can be found anywhere and can be brewed with ease. Therefore, the next time you take a sip of the heavenly drink we all know as coffee, take the time to stop and think about all the great minds that contributed both small and big ideas, which culminated into the rich diversity of coffee that we are able to enjoy today.

Also, take the time to appreciate what the ancient Arabs did, recognizing and utilizing the wonderful aroma and taste of the coffee bean, and most importantly, sharing their knowledge of roasting and brewing coffee with the rest of the world.

As you can see, it is difficult to pinpoint exactly to the person or organization on who invented the first coffee maker. Rather, it is a culmination of various groups or inventors and organizations.

Scroll down for more information on machine suppliers, coffee surveys etc. Or, drop us a message if you need any help to find any coffee equipment, we will do our best to assist.

The 4 most common office coffee machines in pantries.

The cost is low, here are the reasons on the low (or no cost) of coffee vending machine rental

Find out the most popular coffee machine in office, through this coffee consumption survey questionnaire

Coffee machine suppliers listing to source for your coffee equipments. 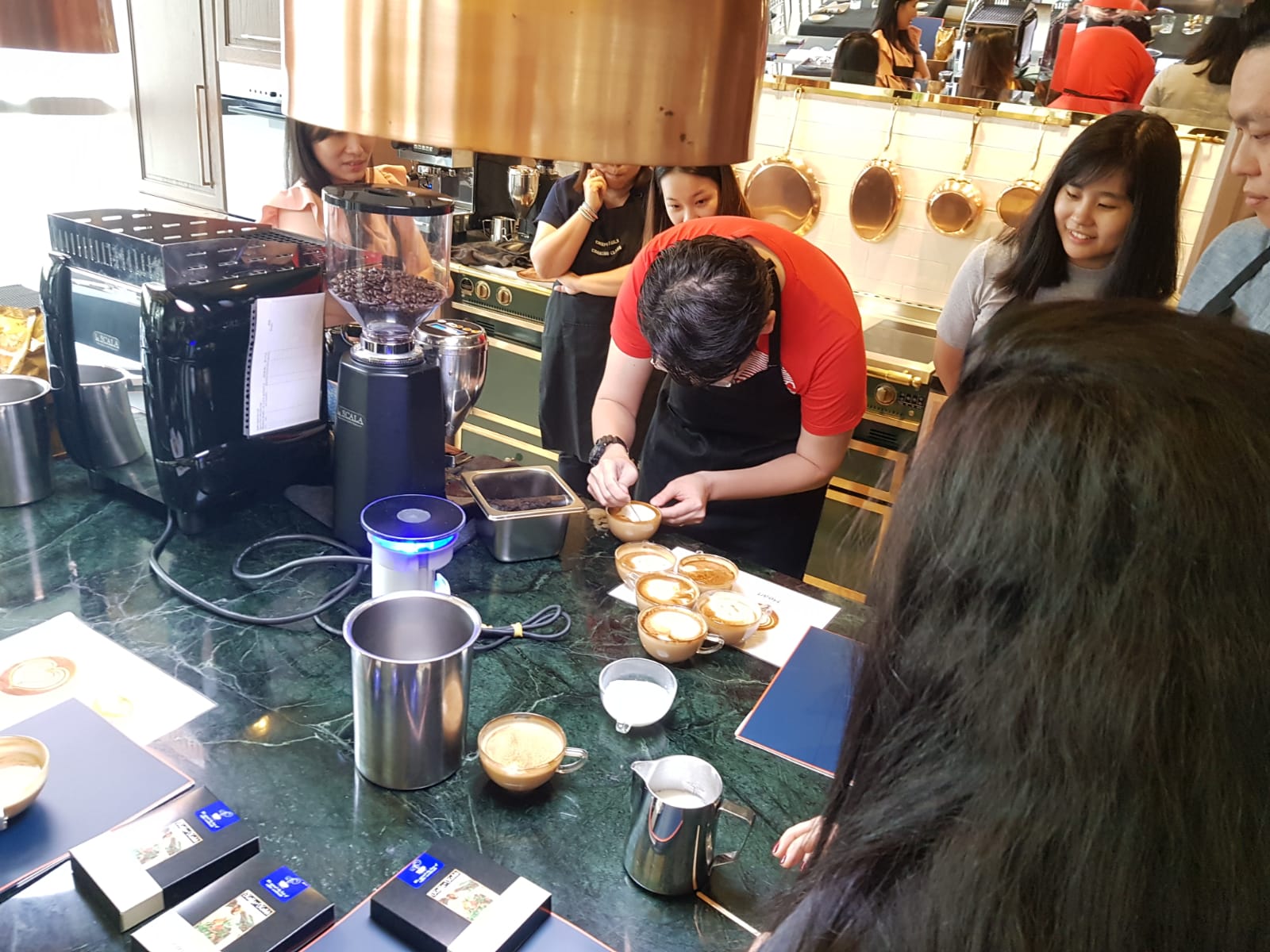 How to make coffee without coffee maker?

How to buy the best coffee beans online?

30 most asked questions about coffee on Google

Singapore Cafes Reviews -Can they be Trusted?

Walmart and Walter -The Power of Social Media!

Importance of value pricing for Cafes In Singapore

Why Nescafe is still the Largest Roaster in the World?

Everyone likes Starbucks -here's why

Is your Cafe location an asset or a liability?

Location myopia: why good anchor tenant might not be good?

What is a Brand Story?

Why I stopped Selling Social Media?